Myanmar has many distinct faces and definitely offers something unique for any traveler who is more likely to be traveling than staying in a beach resort (although this is also feasible). It's a nation with a very wealthy culture, untouched nature and, surprising to some tourists, it's also a nation with a real friendly population that really wants to be in touch with international tourists. People are open-minded, simple to go and interested in learning more about something.

Myanmar is a little larger than France and extends from the snow-capped hills in the west to the pristine Andaman Sea islands in the south over more than 2000 km. Between the nation provides almost any kind of habitat from a cool climate in the hills of Shan State or Chin State, a dry and warm region in the center of the nation (also locally called the dry zone) to a more humid area on the west coast, particularly during the rainy season (Rakhine State).

A lengthy shoreline implies many pristine beaches, although most of them are so pristine that there is no accommodation to stay (or even a highway to go there). Because of infrastructure limitations and because the authorities are sometimes a little overly concerned about foreigners ' safety, foreign tourists can not visit some parts of the nation. The regions that are (always) not accessible to travelers are approximately the land routes between towns in the south (south of Thanbyuzayat), parts of Chin State, many areas bordering Thailand and parts of the north of India and China.

It's the individuals who create the nation, and for Myanmar this is definitely true. Hundreds of ethnic groups have lived in the region for thousands of years and many have continued their centuries-old, local lifestyle to this day. This diversity is usually celebrated (Myanmar has formal public holidays for almost every religion in the globe) and sometimes talked about, with some good sensation of'' competition and envy'' for better food / costumes / jewellery or other cultural distinctions from distinct countries. 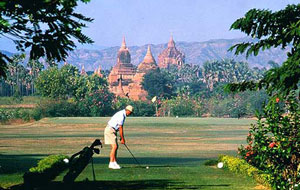 7 Nights / 4 Rounds
From: US$1,700
Yangon (formerly known as Rangoon) is the largest city in Myanmar (formerly Burma). An exotic mixture of British colonial architecture, modern high-rises and gilded Buddhist pagodas including the famed Shwedagon Pagoda. Bagan is an ancient . Read more...
Details 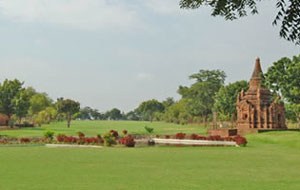 7 Nights / 3 Rounds
From: US$1,700
Although no longer the official capital city, Yangon is still the main hub of Myanmar which has retained its colonial style and there are several top-class golf courses and a multitude of other tourist sites within easy reach of the city. &. Read more...
Details

6 Nights / 5 Rounds
From: US$ 1320
Although Yangon is no longer the official capital city, it is still Myanmar's main hub that has retained its colonial style, with several top-class golf courses and a host of other tourist sites not very far from the city. It began life as . Read more...
Details

2 Nights / 2 Rounds
From: US$ 670
Mandalay will never win any competitions for the most beautiful city. Myanmar's second city is a comparatively fresh development that King Mindon established as his royal capital at the foot of Mandalay Hill in 1857. The hill, its pagoda-st. Read more...
Details

2 Nights / 2 Rounds
From: US$470
It will not be long before golf in Myanmar becomes very popular, so this is a great time to enjoy a short golf break in Yangon before it gets over-crowded and spoilt. You can vary this package as much as you like – add extra rounds an. Read more...
Details

2 Nights / 2 Rounds
From: US$ 490
Yangon is by far the largest city in Myanmar and is also the most interesting location in the nation as former political exiles, Asian investors and international adventurers are flocking in. As the business and cultural centre of Myan. Read more...
Details