Mandalay is the former royal capital of Myanmar (formerly known as Burma) and can be found in the north of the country, on the east bank of the Irrawaddy River.  Mandalay offers the perfect blend of golf and sightseeing and makes for a tremendous golf holiday.

Travelling to Mandalay is easier than you may think and the Mandalay International airport accepts flights from Bangkok and Chiang Mai in Thailand, Kunming in China, Hong Kong and Singapore.  Therefore, if you are travelling from the United States or Europe, you can combine two destinations to make one great golf trip.

Mandalay is home to some fantastic pagodas and temples, with Mahamuni Pagoda, Golden Palace Monastery and Kuthodaw Pagoda being among the best to visit.  The latter is home to the world’s largest book, which comprises of 730 marble tablets and this is a sight you will not want to miss during a Mandalay golf holiday

Other things you must see in Mandalay include Mandalay Hill, which offers great views of the city and surrounding area, Myanmar Marionettes, which is a puppet theatre telling traditional tales and Jade Market, which is home to many jade traders and to see them in action is an interesting experience.

There are three excellent golf courses to play in Mandalay and you will want to allocate plenty of time to enjoy each of them.  Shwe Man Tuang Golf Resort, Shwe Sar Yan Golf Course and Ye Dagon Taung Golf Club offer varying challenges and combine to make for a great golf holiday in Mandalay.

The climate in Mandalay is semi-arid, due to its location in the central dry zone of Myanmar.

Temperatures are generally hot with the months of April and May seeing the hottest temperatures, which can exceed 35º centigrade. The year is split into two distinctive seasons, wet which runs from May to October and the dry which spans the remaining 6 months.

Apart from visiting the many monuments, temples and monasteries Mandalay has some wonderful street markets that are full of local street food vendors, which is a great way to sample the delights the Myanmar cuisine.

It is a relatively young city, having been built in 1857 under the orders of King Mindon.

Mandalay Palace is an impressive sight and provides an insight into the desire of the King to create a prestigious and modern city.

Mandalay is robust in its design with streets running north to south and east to west, creating a grid-like pattern.

If you stay within the downtown region of the city getting around is best done on foot, with many temples, markers and the Mandalay Palace all easily accessible.

Travelling further afield would require the hiring of either a moped or a taxi which are inexpensive and functional ways of getting around this busy city.

If you are going to be visiting the attractions, then get yourself an entry ticket which allows entry to many of the sights and that are valid for 7 days. 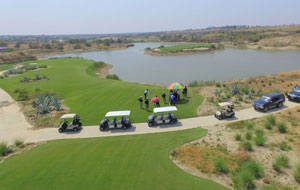 Burma may not be the first place you think of when booking a golf holiday but you will be pleasantly surprised by the high quality of the golf courses.  Mandalay is the second largest city in Burma and the former royal capital.  It is located in the north of the country and has its own international airport.

Located just an hour away from the airport you will find Myotha National, a new golf course which opened towards the end of 2018.  The 18-hole par 72 golf course has been designed by Brian Curley and Lee Schmidt and in the words of Curley, “Part of a new, massive industrial park complex on the outskirts of Mandalay, this core, championship course sprawls over a wonderfully natural site of nice elevation changes, deep arroyos and distinct native vegetation”.

“The course features a display of wide Zoysia fairways and rugged natural features that create optional angles of attack as they blend seamlessly into the outside edges”. 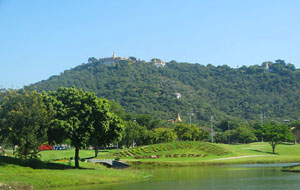 Shwe Man Tuang Golf Resort is located just a short distance from the centre of Mandalay and is actually within touching distance of the city. 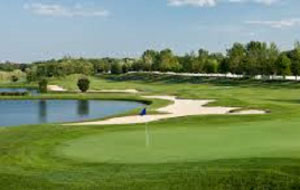 The course is very flat and does not offer much of a challenge in the way of terrain.  Bunkers make up the majority of hazards but again, these are not very testing and frequent players will have no problems escaping from them.  Shwe Sar Yan Golf Club is a good course to visit, if short on time when in the Mandalay area.

The facilities are quite basic and it may be a good idea to arrive, already dressed for play. 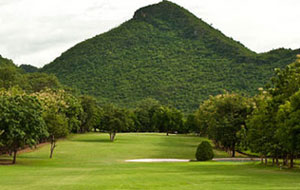 The Ye Dagon Taung Golf Club is a 27-hole facility established in 1996. The layout is quite simple. The main challenge is the long and narrow fairways which play to fast greens. However, the site is reasonably flat, offering a pleasant experience to players of all abilities. The surrounding mountains are dotted with temples and pagodas, providing a relaxing atmosphere for golfers to cherish. Towards the end of the year, when the weather is mild, the trees have vivid colours, making the view even more remarkable.

The Thai Government announced a list of government-approved golf resorts to allow foreign golfers with advance arrangements for golfing in Thailand an opportunity to undergo a golf quarantine as an alternative local state quarantine option.
Read More