For a great choice of golf courses in the Philippines, you must head to Clark-Angeles.  Situated to the north of Manila Bay, Angeles is served by the Clark International Airport in Clark Freeport, Mabalacat City.

This was once the location of the largest United States military facility outside the continental United States, Clarke Air Base.  These days, the airport is used for passengers travelling to the region for a holiday and the many golf courses have started to attract people from all over the world.

Direct flights to Clark-Angeles can be boarded from Japan, Singapore, Dubai, South Korea and Hong Kong.  So, if you are travelling from Europe or north America, you could combine a Clark-Angeles golf holiday with one of these other top destinations.

The Aqua Beach Club, Holy Rosary Parish Church, Dinosaur Island, Puning Hot Spring and Air Force City Park provide many interesting things to do but it’s the golf courses which capture much of the attention in this part of the Philippines.

Boasting lush fairways set among rolling, tree clad hills, this is a beautiful region of the world to play golf and you will be using your camera as often as your driver. 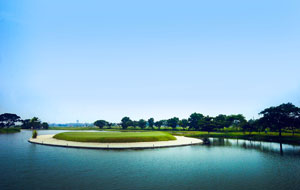 Beverly Place Golf Club is located in Mexico City. Its establishment was a success when, it hosted one of the most prestigious championship tournaments in the region called Pampanga Golfers Association, Inc. in April 2015. One of the legendary golfers in history, Gary Player, fully designed the short 18-hole course. The course is the ideal golf round for players because of its beautiful scenery, well-maintained greens, man-made lakes, plants , flowers and mounds that surround a large garden, making it a charming golf destination. The Beverly Place Golf Club is open to the public, allowing visitors to play golf at the course and use the facilities. Reservations for tee times are highly recommended. 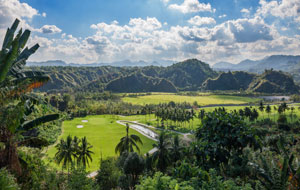 There are not many golf courses in the world, which can claim they are right next door to an air base, but Clark Sun Valley Golf and Country Club and others in the surrounding area, can do just that.  Don’t worry, it’s a former United States Air Force base, which has been used again recently but is unnoticeable on the golf course.  Clark Sun Valley Golf and Country Club is located in the foothills of the Clark region and can be easily reached from the Philippine capital, Manila.  In fact, the golf course is only 90 kilometres away from Manila, making it very easy to travel to, as a day trip or for a longer stay. 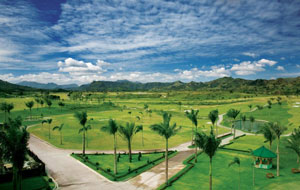 Located in the Clark Sacobia Valley region of the Philippines, is Fontana and Apollon Korea Country Club.  The golf club was established in 2008 and located inside the Clark Airbase.  Travelling from the Philippine capital city of Manila, which is where the majority of international flights will arrive, the Fontana and Apollon Korea Country Club is very easy to reach.  Simply take the North Expressway out of Manila and exit Dau, turning left until the Clark Airbase is in sight.  The entrance to the golf club is on the right side. 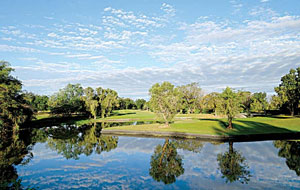 There are many great golf courses to play in Philippines and Luisita Golf and Country Club is one of the best.

Situated to the north of Manila, the capital city of Philippines, the best place to stay for accessing Luisita Golf and Country Club is Clark-Angeles.  You can stay in the city if you wish and it is just under one hour to reach the golf course.

Luisita Golf and Country Club was originally designed by Robert Trent Jones Senior and opened for play in 1967.  The course has been named after the wife of Don Antonio Lopez, who was the head of the Tabacalera company that previously owned the land.

Mimosa Golf and Country Club, is located in the shadow of Mount Pinatubo, on part of the ex-American Clark Air Base.  Close to the city of Angeles, in the Pampanga region of the Philippines, Mimosa Golf and Country Club is very accessible from the country’s capital city, Manila.  This provides the option of either staying in Angeles and making the short journey to the golf course, staying in Manila and making the 90 minute drive up the North Expressway or staying in one of the 125 luxurious villas, within the resort itself. 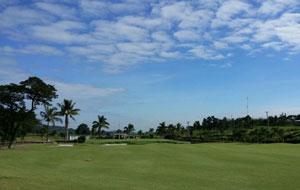 Choosing a golf course to play in the Philippines, can be quite a task, with so many good options available to pick from.  The Royal Garden Golf and Country Club, is one which is definitely worth a closer look.  Situated in the Pampanga region of the Philippines and just 15 minutes from Angeles City, it’s easy to reach and being so close to the city, very convenient too.  Upon arrival to the Royal Garden Golf and Country Club, it becomes apparent what theme and country the designers based the golf course on, which is Greece and the Romans.