The City of Manila is a very busy mega-city which as well as being the capital of the Philippines it is also one of the most densely populated cities in the world. While this may put you off it is one of the reasons that you take a second look.

Often referred to as the ‘Pearl of the Orient,’ many have described Manila’s tall skyscrapers and busy traffic as a rather unappealing backdrop, but when you delve deeper into the city, the local people and its rich culture, you will discover the warm heart of this vibrant city.

The city overlook the bay which carries its name on the island of Luzon, Manila is filled to overflowing with huge skyscrapers mixed in amongst Spanish period architecture all mixed together with chaotic shanty towns. You will also discover ancient heritage sites and modern shopping malls as well as numerous local markets, plenty of bars and restaurants and unbelievably chaotic traffic.

Choosing where to stay in Manila, especially when visiting for the first time can eb very confusing especially as Manila has a reputation for being a crowded, concrete jungle, so where do you begin? This rather depends on what you’re looking for.
If you like big cities and want to experience another Asian megacity, then we suggest you stay in places such as Metro Manila, Makati, Mandaluyong or Muntinlupa. If you want to experience the city’s history and culture then stay near Intramuros, a walled city in Spanish times is where you can see the history of old Manila. If you are just using the city as a stopover to other Philippine region as or one of the thousands of beautiful white-sand beaches then we suggest you stay close to the airport. 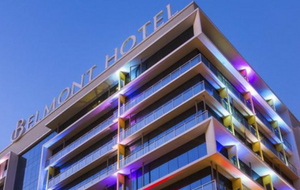 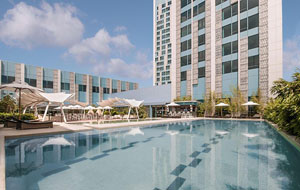 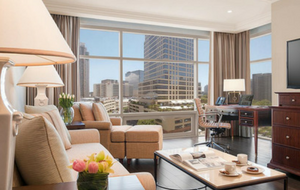 
Rooms: 141
Discovery Primea Hotel is the perfect location for both business and leisure travel being within easy reach of Makati; one of the city's most popular business and nightlife areas. The city centre is just 10 kilometres or 15 minutes awa. Read more...
View


Rooms: 500
The 5-star Dusit Thani Manila is in a perfect location right int eh centre of the Makati district of Manila which is the main financial, business, entertainment, and shopping are.  The property is very close to many of Manila. Read more...
View 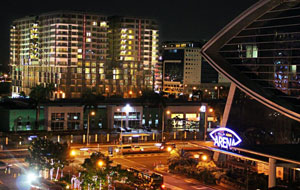 
Rooms: 281
Golden Phoenix Hotel Manila is a 4-star hotel which is a perfect place to explore everything that Manila has to offer.  All of the rooms here overlook the city and offer great views.   The hotel offers a coffee shop, restaura. Read more...
View 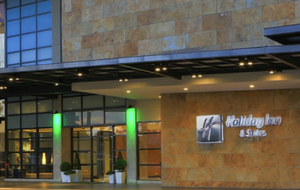 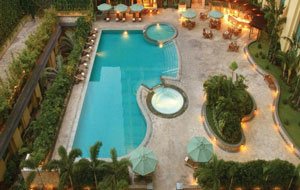 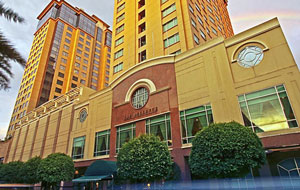 
Rooms: 456
For perfect service and a luxury rooms, look no further than the Bellevue Manila. The rooms here overlook the city, giving you beautiful views of the area. The property is near Alabang, Muntinlupa City, Festival Supermall, Alabang Town Cent. Read more...
View 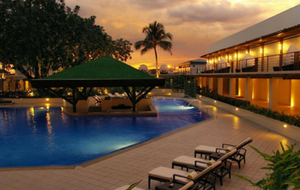 There is a great choice of budget golf courses in Pattaya, making it the perfect place for a golf holiday in Thailand.
Read More