Saitama is part of the greater Tokyo area and is located on Honshu, the largest of the Japanese islands.

Situated in the Kanto region, the capital city of Saitama prefecture is Saitama, meaning they share the same name and this is not uncommon in Japan.  The prefecture covers other cities and there are 40 in total and it also covers former cities including Urawa, Omiya, Yono and Iwatsuki.

To reach Saitama from outside Japan, you will need to fly to one of Tokyo’s main airports, Narita or Haneda and use the bus, which usually takes around 90 minutes.  As Saitama is part of the greater Tokyo area, many Japanese people live there and commute into Tokyo for work every day.

For those interested in 19th century Japanese architecture, Saitama is a great place for a golf holiday as you will find many examples of these buildings in addition to traditional Japanese performing arts.  Many of the buildings are in the style of store houses and Saitama was a major food supplier to Tokyo, beginning in the 17th century.

Saitama is also home to some lovely nature including rock formations, rivers and waterfalls.  The castle town of Kawagoe is where you will find many of the 19th century buildings.

At the time of writing, Saitama is home to just one top golf course, called Taiheiyo Club Minori Course.  This 18-hole parkland golf course was designed by Shunji Kurakami and even if you visit Saitama briefly, it is worth it to play a round of golf. 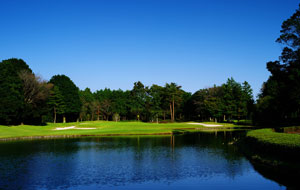 Minori Golf course, part of the Taiheiyo Golf group, was opened in April 2002, and has been growing in stature ever since.

Designed by Shunji Kurakami, the Minori course measures 6983-yards from the championship tees and has a par of 72.

It has a regal feel about it with towering trees lining the fairways and Japanese groves creating a mysterious ambience especially with the rising morning fogs. It is somehow reminiscent of the grand US PGA courses but with additional Japanese charm and tranquillity.

Built on the Kanto Plain the 18-holes are relatively flat with few undulations, but the use of water hazards, Japanese Groves, bunkers and towering trees have come together culminating in the superb Minori Golf Club.

Playing Golf in Asia During Covid-19

If you are looking for a good sports bar on your next visit to Pattaya then this will help you to make your choice.
Read More